It is an age of adventure and daring heroes. The British Empire is growing, helped by the power of Military Magic.

Laura & Tom return to London and are promptly kidnapped to be sold into slavery.

Cam, Daisy and Arnold are sent by Sir Ernest Trelawney to find and rescue them. However when headless bodies wearing their clothes wash up in the London Docks everyone else believes the couple are dead.

A chase across England and Scotland follows by friends and enemies alike. Tom & Laura find themselves at the centre of a plot to kill the Royal Family and destroy the government.

Book 2 in the Tom & Laura Series 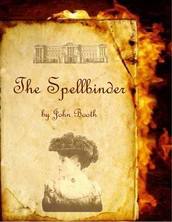 It is an age of adventure and daring heroes. The British Empire is growing, helped by the power of Military Magic.

Laura is a Class A Spellbinder. When trained she will be a weapon more powerful than a regiment or a fleet of warships.

Tom is a Healer being persecuted by a Spellbinder for reasons he doesn't understand. When he meets Laura he has been transformed into a dog.

When an attack on them reveals the existence of a traitor in Military Magic, Tom & Laura become pawns in a game of spies. However, other enemies of the British Empire are making their moves and being sent to a school for spies is the worst thing that could have happened.

Book 1 in the Tom & Laura Series

Wizards by John Booth - Buy it Here
Also available in eBook from Amazon US & UK & Smashwords. 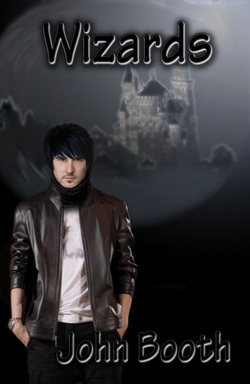 A fantasy for YA and older
Jake is 18, unemployed, unqualified and still lives with his parents.  But Jake has a secret in his bedroom, under the carpet.  A hopscotch court.

Jake can use it to take him to strange and wonderful worlds.  It took him to his dragon.  It also helps him find missing people.  It helped him find Jenny, his girlfriend.

Jake is a wizard but he doesn’t have a clue.    Jenny doesn’t think Jake is weird - she likes weird. Princess Esmeralda of Salice thinks Jake should repay past mistakes.  Evil wizards, kingdoms at war, chases, rescues, an offer he can’t refuse
…
Jake is a wizard and his life is about to get interesting.
.....From Pfoxmoor Publishing

Buy my novel Wizards, out now! 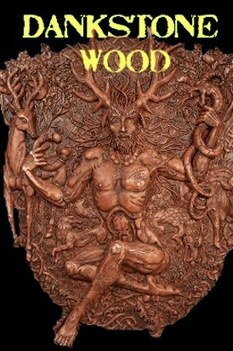 When people vanish in Dankstone Wood it’s a matter of concern.  When the wood begins to expand its borders they call in the army.  When air strikes fail they build a wall around it, but that doesn’t make it safe.
Nigel lost his brother to Dankstone Wood.  It’s been a year and he still broods about following him. When MI5 gives him the opportunity, Nigel takes it, but his friends won’t let him go alone.
Nigel’s search for his brother takes him into a world inhabited by the gods of ancient Britain and their human subjects.  A cruel world called Avalon where every god's word is law and to break the law means death. He has to rescue his brother and save our world, because the boundary between the worlds is weakening and when it fades our world will be absorbed and destroyed.
Nigel has spent a year grieving for his brother and abandonment by his father.  Bullied in school, he has become surly and insular.  The arrival of Sabrina, the daughter of an MI5 operative and Tim, a Welsh nerd, brings him out of himself. 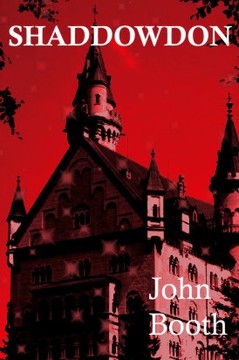 Old secrets emerge and evil threatens from all quarters as a brother and sister use their magical powers to investigate the disappearance of their mother.

Sharing an ancient living mansion with ghostly servants ought to be cool and some of the time it is. Living up to your family's expectations isn't so easy if you happen to be a Shaddowdon and your younger sister is incredibly smart.

Set in an alternate England where magic and science have coexisted since records began, when Tim finally decides to talk to the pretty girl he sees down by the brook he sets in motion a chain of events that will change his life forever.

Tim's mother vanished mysteriously 11 years ago and he is going on a quest to find out why. Secrets, hidden for hundreds of years, are about to be revealed. Things everyone believes to be true are about to be turned on their head. His search will bring him face to face with evil in human and ghostly form. It will lead to death and destruction as well as the righting of many wrongs.